FESTIVE SALE | Get Up To 70% OFF on the most sought-after styles.

DIERMEISS BY THE DRAGON LADY 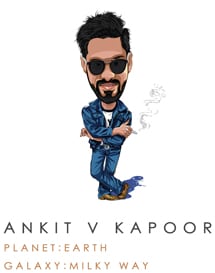 Ankit V Kapoor
Ankit V Kapoor is an amalgamation of Indian handicrafts and bespoke tailoring inspired by the heritage of India and unified with revolutionary thoughts.
Read More